Where are you? Home » News » Change your approach to renewable energy

Change your approach to renewable energy 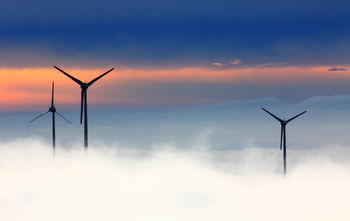 We are urging businesses to reconsider their relationship with renewable energy. We have released a whitepaper exploring the state of the renewable energy sector and argues that the time is ripe for organisations to think about how they can overcome problems such as the changes to feed-in tariffs, power quality problems, planning permission and the threat from cheap imports of renewable technology.

The paper looks at the growth of the renewable sector, including recent figures that show that 2016 was a record year for the installation of renewable power, with 161GW added to the world's capacity, with solar power leading the way.

While the response from businesses has been positive — many have already committed to sourcing 100 per cent of their energy from renewable sources by 2020 — Government incentives, such as the feed-in tariff scheme, have repeatedly come under fire. The feed-in tariff scheme alone has been widely criticised since its introduction in 2010.

The paper looks at some of the alternative schemes and models of renewable-energy sourcing available to businesses. It also explores the on going challenge of planning permission, power quality and the threat of cheap imports of heavily subsidised renewable solar panels from China.

"Along with a change of approach to renewable energy models, business leaders must also consider the quality of the renewable equipment they buy," explained Steve Hughes, managing director of REO UK. "Now that renewable technologies are becoming a reality for many businesses, it's important to understand issues such as electromagnetic interference and electromagnetic compatibility.

"We've written this whitepaper to inform business leaders thinking about adopting renewable technologies as part of the wider initiative to go green. Although larger businesses have had the resources to try their hand at renewable technologies for many years now, renewables have only recently offered a financially viable and strategically sustainable alternative to fossil fuels."

The whitepaper can be downloaded here and anyone interested in talking about power quality components for their renewable applications please contact a representative today on +44 (0) 158 673 411.