Where are you? Home » News » Eliminating poor quality electrical components 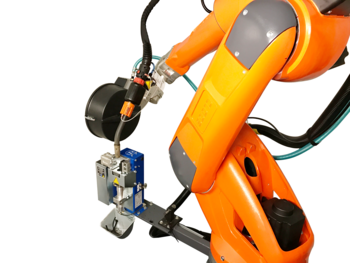 In 1897, the conflicts between the increased use of bicycles alongside horses and pedestrians in Germany created chaos and disruption on the roads. Implementing a less disruptive system for the different methods of transport became critical to organising the flow and safety of traffic. Here, Steve Hughes, managing director of power specialist REO UK, explains how the company is resolving similar problems with the increasing use of electrical components.

The increasing use of non-linear loads in recent years has been driven by the use of electrical components in almost every industry.

Harmonics is a form of electrical pollution in the network and is one of the biggest causes of problems relating to poor power quality. It’s reported that currently 60 per cent of power quality issues across the world, are because of harmonic distortions that arise from non-linear loads and cause problems in cabling, transformers and motors.

Most electrical components heat-up during use and harmonics can cause overheating. Inefficient heat dispersion can degrade the material structure of the actual component as well as increasing the energy consumption. Causing intermittent faults, short circuits or downtime, harmonic distortions reduce the overall operating efficiency of electrical networks.

Almost all electrical loads were linear before the mainstream use of UPS equipment, computers and variable-speed drives. Even loads that weren’t linear made up only a small portion of the total and so had little or no effect on the operation of an electrical system.

As more businesses need components for the equipment they use to manufacture a range of electrical devices, plant managers and electrical engineers need to address any electromagnetic compatibility problems to strengthen their production.

To do this, managers can employ technologies like harmonic mitigation filters to eliminate extraneous frequencies. These mitigation filters work by filtering harmonics simultaneously through load balancing and providing reactive power compensation for inductive and capacitive loads.

Another way plants can overcome harmonic distortion is by using high-quality components. To ensure this, REO UK has implemented welding robots into its supply chain to deliver the highest accuracy to its component manufacturing. The welded seams of a component's housing are set precisely so that each product that is manufactured is identical.

High-quality components offer superior performance, are more durable and require replacing less often. In addition to decreasing device downtime, they also reduce costs associated with repairs and production loss. By integrating welding robots into production plants, managers will be able to deliver a constant, safe and stable supply of electricity.

Just as the 1897 German government resolved its transport issues by developing separate tracks, process plants should prioritise tackling the increasing number of power quality issues and altering their lines to harmonise the flow of production.