›› Getting the UK up to speed with EVs 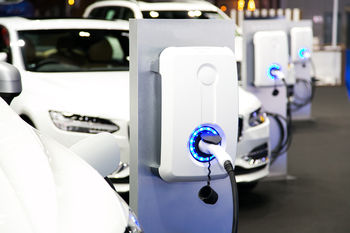 You’ve doubtless heard of the UK Government’s plans to ban the sale of new petrol, diesel and hybrid cars from the year 2035. That’s less than 5,500 days left to run out and buy that gas-guzzling SUV you know you shouldn’t, but it also means the days remaining to electrify the UK’s road network are rapidly running out. Here, Steve Hughes points out some potential potholes on the road ahead.

The world has been hooked on oil and its derivatives for over a century now, arguably going as far back as the 1850s. Petroleum is truly a wonder material, almost by any metric — in its crude form it can be refined into oils, fuels, lubricants, plastics and much more besides.

It’s hard to imagine modern life without those products, and that’s arguably the reason the world is in the environmental predicament it is — the usefulness of petroleum derivatives is hard to match.

This is especially clear in the context of transportation. For instance, a 40-litre tank of petrol contains over 1.3 gigajoules of energy. Creating a vehicle with this battery capacity, with reasonable weight and cost, has been beyond the reach of electrical vehicle (EV) manufacturers until high energy-density battery chemistries came to the fore in recent years.

With these developments, the EV market is quickly maturing. To that end, the Institution of Engineering and Technology has streamlined standards for charging port construction.

These changes simplify the process for planning and installing EV charging points, so we’ll no doubt see more charging stations popping up around the country because of these changes. Undoubtedly a great step towards electrifying the road network, but moving such vast amounts of energy around is never going to happen without certain problems creeping in.

If you’ve ever passed under high-voltage powerlines while listening to a radio, you’ll know the phenomenon of electromagnetic interference first-hand. That 50 Hertz buzz is caused by a magnetic field created by the alternating current (AC) in the transmission cables. The interference emitted can affect sensitive electronics from remarkable distances.

The 50 Hertz mains buzz is largely unavoidable, as it’s a built-in feature of the grid. However, while we cannot avoid this interference altogether, electrical engineers can limit its incidence at the source with the correct components.

While EVs are green and environmentally clean, they’re typically electrically dirty. EV batteries must be charged and discharged with direct current power, in contrast to the alternating current the grid provides. EVs will have the equipment for rectification on board, but even with the most stringent manufacturing parameters, no component is perfect.

In a typical scenario, potentially millions of EVs will go onto charge just after rush hour every day. That’s millions of separate instances of not-quite perfect rectification processes, all imposing subtle perturbations on the grid.

In such a situation, the cumulative effect is that we would have a fully electrified road network, but the grid would become completely unusable.

The solution to this problem is to filter these unwanted signals out of the AC signal at the charging point, ideally with high-quality electromagnetic compatibility (EMC) filter. Filters such as these removed caused by the rectifier onboard the EV, only allowing the smooth, sinusoidal signal the required back into the grid at large.

The EV is constantly gathering momentum, and an electrified road network is seemingly inevitable. Automotive manufacturers and governments are climbing on board worldwide especially if the UK Government gets its way. As we count down the 5,500 days until the 2035 ban comes into effect in the UK, electrical engineers must ensure that these high-quality filters are in place on mains lines to minimise the risk of harmonics, interference and electrical faults.

Alas, for every silver lining, there’s a cloud. But, it’s nothing to be concerned about as long as it’s tackled properly. 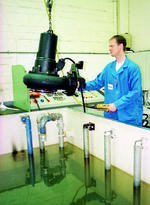 ABS pumped up with REO transformer 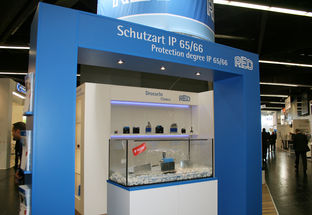 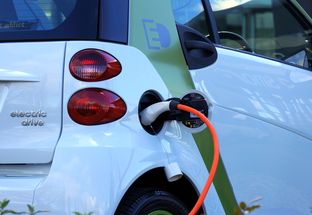