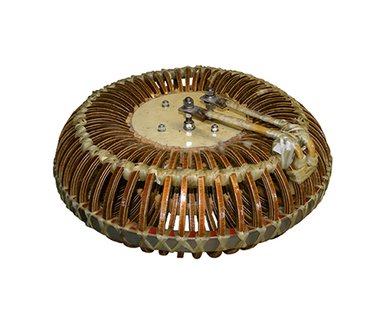 Download the Testing Technology catalogue and see information about this and other products. 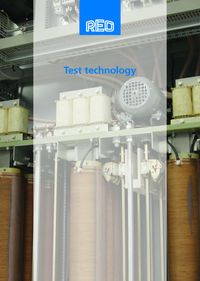 Electrical switches must undergo several different tests during the approval phase. Some of these tests relate to switching behaviour under various load conditions. The switch is tested under rated load, overload and multiple cosφ. In addition to continuous load, switch-on and switch-off processes are also tested. During this process, it is crucial not to modify the set parameters throughout the entire test. In the past air chokes were used as inductive loads, as these almost never saturate. However, air chokes are larger and have a stronger stray field than comparable iron-core chokes with a corresponding magnetic energy. To set the respective cosφ value, adjusted resistors must also be connected. To satisfy all of the requested test points, several different inductive and ohmic loads must exist. This special toroidal construction of the air core choke offers the advantage of a linear inductance curve over the current and, despite this, has a very load, negligible stray field comparable with a saturable iron core inductor.