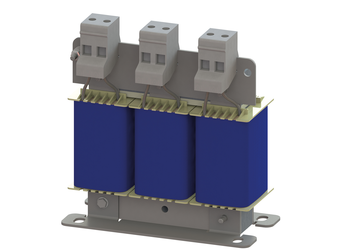 Power quality specialist REO UK has launched two new ranges of mains chokes, the NCNW905 and NCNW903 ranges, to tackle harmonic currents in industrial electrical networks. The ranges complement the mains chokes already available from REO, but have been designed to include fewer components and use less copper, reducing the energy requirements of electrical motors by more than 18 per cent

REO’s new NCNW905 and NCNW903 ranges are designed to use fewer components and less copper, lowering overall product cost and reducing the payback time for the product. The ranges achieve the reduced component count due to REO’s innovative edge winding technique, which the company recently invested greater capacity into.

Edge winding allows increased window utilisation factor, which means that the windings can be denser in the window of the core, where it is needed. This technique improves heat dissipation because it avoids winding on winding, which allows materials such as copper to be used reliably. In addition, the edge windings can be water-cooled easily using REO’s unique technology, allowing the products to be densely packaged within an overall system.

“The use of mains chokes has long been accepted as a relatively easy way to reduce the current harmonics drawn by a typical variable speed drive (VSD),” explained Steve Hughes, managing director of REO UK. “Because only the currents that are in phase with the supply voltage can produce so-called real power, these out-of-phase harmonic currents reduce the system’s overall efficiency.

“Improving the power factor (PF) and reducing the harmonics currents present in the mains supply to the VSD are key to increasing efficiency. For example, a typical 22kW drive has a PF of between 0.7 and 0.8, with a root mean square (RMS) input current of around 43 amps when the motor is loaded. We have found that, by using a REO input harmonic reduction choke, this PF can be improved to around 0.89 and the RMS supply current can be reduced to around 35 A – reducing the electrical energy used to drive the motor by over 18 per cent.”

REO can package the units with ingress protection (IP) up to IP66, which is dust-tight and includes protection against water jets. This means that REO chokes can often be mounted outside of the main control cabinet. 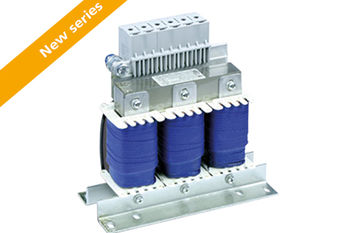 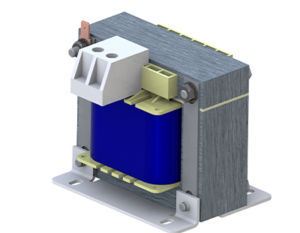