A journey of 25,000 volts - REO outlines the history of rail electrification

›› The History Of Rail Electrification 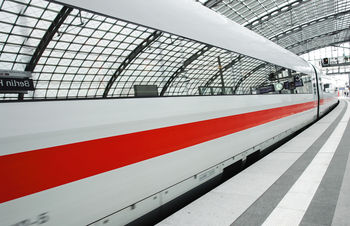 Electric rail might be the accepted standard of powering train journeys across the UK now, but it is still a relatively new system. To help electrical and transport professionals better understand the history of rail electrification, power quality specialist REO UK has put together an infographic outlining its journey. The infographic is available to download here.

The infographic tracks the developments in the rail electrification industry, from the opening of Magnus Volk’s first electric railway in 1883 to the start of the third rail system conversion to overhead power supplies in 2011. It also highlights significant moments along the way, such as the full conversion of the London Underground to electric systems in 1961.

It also takes a look ahead, signposting two significant points in the future of rail, most importantly the expected launch of High Speed 2 (HS2) in 2033. Such a massive electrical rail milestone in the works demonstrates that growth in the transport sector will definitely continue over the coming decade, resulting in an increased demand for reliable power supplies.

“Sometimes it’s difficult to think of developments in the transport sector as a tangible thing,” explains Steve Hughes, managing director of REO UK. “Being able to visually represent the relatively short but extensive history of a nationwide industry makes the rate of change clear.

“With high-speed train proposals being discussed regularly, the future looks bright for rail. However, this increased usage will amplify pressure on electrical and rail engineers to provide safe and stable power to the mainline efficiently. It’s crucial that chokes and transformers are up to the task to support the next phase of growth.”

REO UK manufactures a range of products, from air-cooled chokes to leakage transformers, which are designed specifically for the needs of the rail industry. These products are bespoke and tailored to meet individual customer specifications to ensure the highest quality of power for each application. 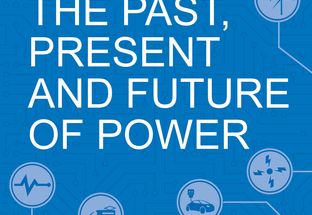 Discover the future of engineering