Where are you? Home » News » Why is there an electronic component shortage?

Why is there an electronic component shortage? 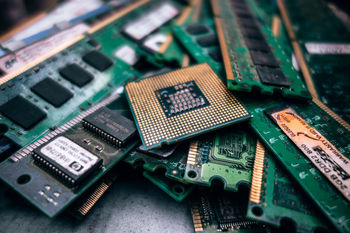 Since the launch of the Model 3, Elon Musk has been under significant pressure to scale up Tesla’s manufacturing capacity and overcome its current struggle with meeting demand. Currently, the electronic component supply chain is trying to tackle a similar challenge, as Steve Hughes, managing director of specialist components manufacturer REO UK, explains.

The need for electronic components is growing exponentially. In conjunction with our greater use of handheld devices and their relatively short product lifecycles, there is increased use of electronics in industries that did not traditionally use them. The rapid evolution of the automotive industry and internet of things (IoT) are two key factors that have resulted in a stronger-than-expected demand for components, which manufacturers are finding difficult to keep pace with.

For example, the requirements for display systems, LED lighting, sensors and artificial intelligence (AI) features have all contributed to the inflation of components required by this market. As a result, forecasts suggest that the number of MLCCs could rise to 22000, in just one car in the near future.

To add to this, annual production of Electrical Vehicles (EVs) is expected to reach 2.4 million units in 2021, compared to 409,000 in 2014. This substantial rise has been driven by new emissions regulations and incentives from governments and it doesn’t appear to be slowing down any time soon.

Similarly, IoT devices were nothing but a figment of the imagination 30 years ago, but smart devices are now adding a further burden to an already constrained market. In fact, forecasts show that IoT devices are set to grow to almost 31 billion worldwide and this alone has raised concerns among many manufacturers.

As explained, nearly every industry uses electronic components and we are finding that many customers are double-ordering components and panic-buying to try and eliminate further production delays along the line. However, this does not provide a suitable long-term solution.

Instead, at REO UK, we are urging businesses to implement a more effective planning strategy and flexible ordering system for their projects, which can strongly protect against any unexpected supply chain issues, such as the current shortage.

As it stands, analysts’ predictions are varied, but it’s expected that the shortage will continue into the early months of 2020 at the very least and so businesses need to set realistic expectations and regularly update their customers to retain good relations. This has been the approach taken by Tesla, which even now is still trying to boost its production output and still generating orders.

This is not the first time there has been long delays for key components in industry and we expect that this will not be the last, especially as buying behaviour and purchase decisions can be so unpredictable. By implementing a procedure that allows for longer lead times, managers will be able to better manage operations to respond effectively to fluctuating lead times in the future.