Companies need to review the harmonic filters in their electrical infrastructure 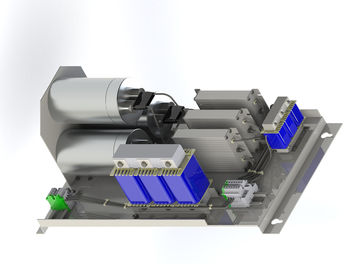 Renewable energy companies are being urged to reconsider their supporting electrical infrastructure. We are advising businesses to invest in the RE-GEN CNW957 harmonics filter. Designed to eliminate pulse-width modulation (PWM) frequencies to protect the electrical infrastructure, the filter also increases the efficiency of the drive by improving power quality.

Regenerative power systems, such as solar panels and wind turbines, require extra care to ensure that the quality of the regenerated power is sufficient enough to be safely passed onto the grid. Often, the power is affected by harmonic distortions, which are generated by the high-speed switching of the power semiconductors in the frequency inverter.

In many instances, the filters being used are not designed to manage the issues that occur during the regenerative stage and, as they don’t appear to be fulfilling their primary function, plant engineers often turn these filters off completely.

High-performance filters, like the RE-GEN CNW957 filter, can be used in regenerative electrical systems to harness the harmonic currents that occur from high electrical frequencies.

Working to remove harmonic distortion from the network, the RE-GEN CNW957 filter has been designed so that it features a choke, which blocks higher-frequency alternating current (AC), while allowing direct current (DC) to pass through.

“A report from the renewable trade body RenewableUK confirmed that 70 per cent of electricity in the UK is being generated from renewable energy sources, with wind power being the highest,” explained Steve Hughes, managing director of REO UK. “Part of the reason for this growth is the decrease in cost of renewable energy.

“However, regenerative energy systems often experience issues like harmonic distortions in their main lines, which reduce the overall quality of the energy generated. In addition to this, unresolved power issues can reduce the lifespan of individual components in the electrical infrastructure, like the drives.

“To help renewable energy companies overcome this, we designed the RE-GEN CNW957 filter so that it features a choke, which blocks higher-frequency AC power without hindering the flow of DC. The product also features a natural cooling component so that the filter does not overheat while in operation. This increases the overall efficiency of the drive, which in turn reduces energy costs.”

The use of the RE-GEN filter combination CNW957 in renewable networks allows electrical engineers to bring renewable energies into the grid efficiently and without issues. REO UK recently released a whitepaper, which is available for download from the company’s website, outlining the current state of the renewables market and providing an overview of the associated challenges. 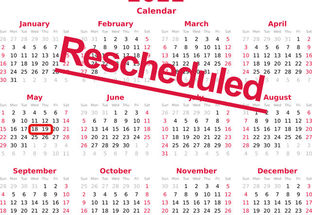 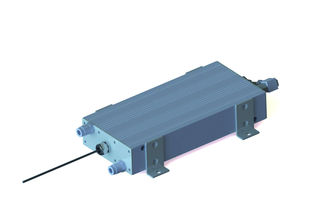 When the cooling stops, STOP!